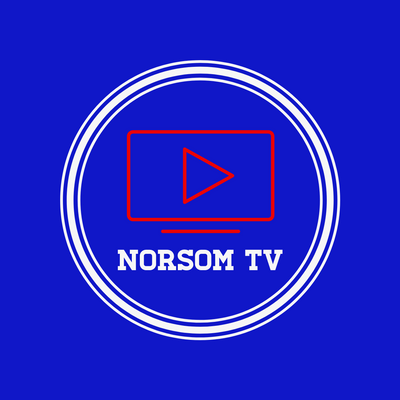 My name is Marita Johnsen, I am a Norwegian muslim, and i run the blog www.Lykkeligsommamma.blogg.no. You Have might been reading about me the last day, and how i got my last child outside marraige, maybe you have read my blog, or maybe you have read it here. Here is view on everything.

First of all, I dont think the family of my youngest daugther is mean people, i think they are weak, weak for not standing up for whats right, and for not doing whats best for a inosint girl. We have had fights, I have don things, said things and they have. I am not better then them, and they are not better then me. I dont like being the victem, im not. I did a big sin, may allah forgive me. And i know its not good talking about it out loud, but i do it so we can all see a bigger issue.

I have the last days gotten a lot of questen due to the family, what happend and how.. How long were we togheter me and the father, is there takin any dna test, how did we meet, and all that. But the truth is, its not important. Its fact, that has no good for noone, it will turn into gossip, and we are muslims, and we should not be like that.
This is not about THEM, its about the culture, its about how people in this world put name, and honer before whats right, not only in the muslim world, but its most known for muslims efortenlly. To blame them, and hate on them its not right. I dont hate them and either should u, im just tryin to put the light on the issue we today, and everyday are facing in this world.

After I got pragnant I lost my muslim friends, it was my fault too. I wasnt in a good place, and did not know how to handle the situation very well, it I hurt anyone with my hormonal mood i am sorry, i was confused at that time. People started talking, and rumor was said, and I lost many muslim friends at that time. I started loosing islam, I stopped wearing hijab, I stopped praying, and I stopped goin to the mosque, even at the mosque people talked, but I never lost faith Allhamdullilah. This was long before I started blogging, and people alredy knuw. When I started blogging, I wanted to make a different, I wantet to show the real things. And I got and upertunety to tell my side of the story, I dont like to say the truth, for the truth for me can be a lie for someone else, it all depends how u see it. But the truth for me, my feelings and how I saw the situation, and not only in my case, but around the world. I am not the only one goin throug this.

And let me say this. To keep a baby from Zina, to know what people will put you throgh and still keep it from Allah, that is sthengt not weakness. So for peopple to backbitt not just me but in general girls that keeps a baby oout of zina, u backbit a girls who is trying to do right, you destroy a girl who is tryin to take resposibility, insted of helping you wreck her.

I had a muslim girl comming to me when I told my story, or many actully. A few of them were pragnant outsiden marriage, one of the girl took abortion. Do you know why? Cuz she knew what would happend, the talking, the judging. May Allah help this girl.

THIS IS NOT RIGHT When a person do something wrong, and is in a weak place, we need to help and push the person closer to Allah, not leave the person alone. And when the person is trying to do the right thing, help! I felt left alone, i felt lost and felt lonly. Not as a person, cuz I had family and friends, but as a muslim, with my problem.
I didnt have any muslim family in my town, and almost no friends. The family of my older dautgher helped me alot, I stayed with them in another town for almost one month. Even though people stared talking, they supported me, and they were there. but i couldnt be there forever, I am a typical norwegian girl I cant handle many people at once, I grow up only my brother ad my mom so i am used to different way of living, and eventully I had to face the real problem in my town and go back home. I want to ask u all to remember that family in ur dua, we have had ups and downs and I have been far from perfect but they never gave me up, and they have been by my side since day one and never left me alone.

I WAS very weak, i still am islamicly, but we all are in different way. I dont have much knowledge and i have done a lot of things wrong in islam. I dont say i am perfect, i am far from it. But i do my thing, and I try to be a good person for me and Allah, and what people say about me, sometimes it hurts ofc, but in the end, I know the truth and I know.
But back to the family name and culture. Like I said the artical was not just about the family, it was about the problem we today have in muslimsk culture, were culture, family name and honer are so strong w forget about whats right and wrong. To fight this issue we have to find the main issue.

I was asked to do an interview on what really happend, but dose it matter? I will in the end of this answer the questens I got. But does my side really matter? I have my side of the story, and they have their side. They are different, ofc. They have one way to see the story, cuz they were in another place then me, and I have my way. But who said what, and who did what does not really matter, as long as the questing is not, whats best for the baby gril.
I have seen I have gotten alot of support, but ask urself, what if it was u in that situation? What if ur brother got a “white girl” pragnant, cuz lets be honest, In the eyes of muslims, and many, I am “A white woman”. We can hate it and say no, but the world is like that now.  Someone think I became muslim for attantion, someome think a became it to get more boys, and someone think I am a muslim with now knowlige. So see urself, if ur son or brother got a baby outside marrige with a white muslim girl, and he told u, “its not mine, she is crazy”. Would u belive the girl, u didnt know that well? or would u belive him? She is to you, a MUSLIM girl who did zina, and thats not very muslim. Would you think “She is raised christian, its harder for her?” Or would you think “omg, whore ill support my brother”, be honest with urself.

At first u would belive him, i would too. And when the baby come, and you saw, “Oh she didnt lie”. She,  like I did too would probebly have tried to contact u, talk to u and u would alredy have talked to people about how she was lying and all that. The situation was alredy messed up. But what you do from here, its what define u as a person. Would u just take the easy way, and still kept lying, or would you idimit you were wrong, and loose ur honer and ur name?
To be honst, what I’ve seen in the culture, some would take the hard and some would take the easy way. And thats what happend in this situation. But they are not bad people, just weak.

And they dont need people hating them, they need people sayin “Its ok, you did wrong now make it right”. But people dont say that, people talk at them, and look at them like they are evil. And here is the main issue, that everyone that talks, are a part of my daugther not having a family, cuz if nobody talked bad, there would never be a problem.

We would maybe have some small issuse between us, but they would keep their name, and their hones if people didnt talk, so you see? Its not only them, its you and me, and everybody that talks bady, insted of being patient, understanding and supporting.

Cuz having a child outside marrige its bad, but not bad for people but bad for Allah.
And this is not only a problem here, its a problem everywhere. People get killed, for honer just so people wont talk. Its the talking that starts the problem, not the problem itselfs.

So next time we think “Omg I would never do what they did” think, did I ever talk bad when people did something bad? Did I ever gossip? Cuz if you did, u are a part of the problem too, u are the reason people in the first place have a problem if they should do the right thing, or just cover up so people wont talk.

In our situation, if I didnt talk either. The problem would be hidden by now, but I am putting myself in the crossing line so maybe, just meybe i will make a difference, and maybe one person will stop gossip, and maybe one family will see, and do the right thing. I am putting myself out there for u guys, so make a diffrenc and be a better person, and try to stop the problem, cuz u can make a difference its just, to stop talking and do gossip.

So next time u want to talk about how bad people are, see at urself. Cuz we are never perfect. And I know its hard quitting to talk, cuz, we are humen, but maybe if w try a little harder, it would get a little better?

And people always want to know the ugly truth about the ugly details about why he didnt marry me, why we got a child like this, what they said and whay I said. The thing is, if u are asking this, then u are not better.

I am very thankful for All the support May Allah peace be upon him bless u all. But dont come hatin on my daughters family, dont blame them, dont talk about them, then u are no better, then u are in on makin problems.

U know, one girl once told me, she cant leave her husband. He is not a good man. He dont pray, he hits her, and he is cheating. I asked her Why cant u leave? And she said, people will talk, and I will most likely never get married again cuz I have two kids.

Another Girl told me she wanted to be a muslim, and start hijab. And I said, then do it. And she said, I cant people will talk, and i will loose my family.

The 3th girl told me, I want to marry a norwegian muslim, and I said then do it. She said, I cant people will talk, and my family name will be bad.
It all starts with the talking.

Allah saws said: “And spy not, neither backbite one another, would oe of you like to eat the flesh of his dead brother? You would hate it! (So hate backbitting)”